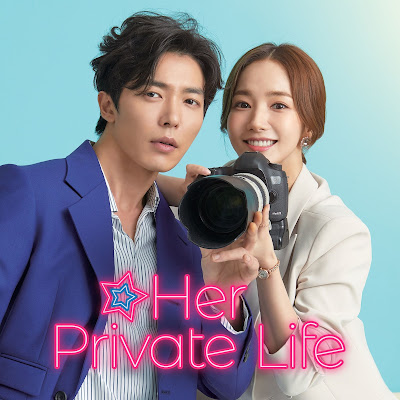 SYNOPSIS
Sung Deok-mi (Park Min-young) is a talented chief curator of Cheum Museum of Art, who also happens to have a secret: She is a fanatic fangirl oh White Ocean's Cha-Shi-an (ONE). In addition, she is also the fansite manager of the famous "Shi-an is My Life". Ryan Gold (Kim Jae-wook) is a standoffish artist who develops Stendhal syndrome, eventually retiring as an artist. After the current boos, Uhm So-hye (Kim Sun-young) gets investigate for embezzlement, Ryan Gold becomes he new Art Director of Cheum Museum of Art.

After rumors broke out claiming Deok-mi and Shi-an are dating, Ryan suggests that he and Deok-mi pretend to date to ward off Shi-an's fans who threaten to harm her. However, Sindy (Kim Bo-ra), another fansite manager of Cha Shi-an, manages to land a job as an intern in the museum to prove that Ryan and Deok-mi are a fake couple, leaving both no choice but to continue the act even at work. As the lies gets more and complicated, the situation becomes messier and messier. Will Deok-mi be able to hide her secret? Will Ryan and Deok-mi fool Sindy? Or will both of them get caught? 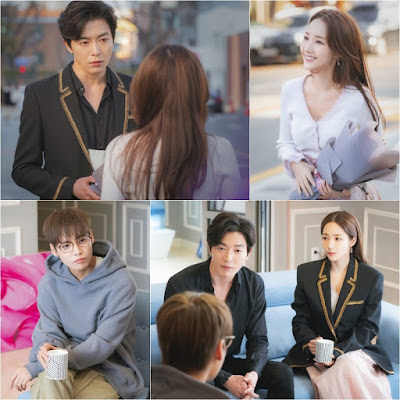 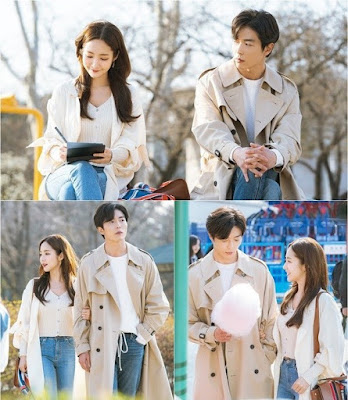 'I worked out today - and you have sore muscles.'
'That's actually my specialty, take your thumb and slowly press down the back of your neck in a clockwise motion.' 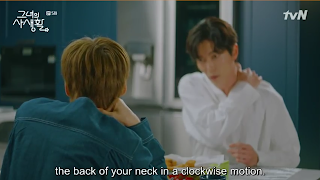 'Doesn't it feel good?'
'When did you learn how to do this?'
'My muscles were always sore during my days as a trainee. I didn't have the money to receive a massage so I learned it off the Internet.' 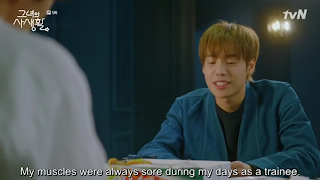