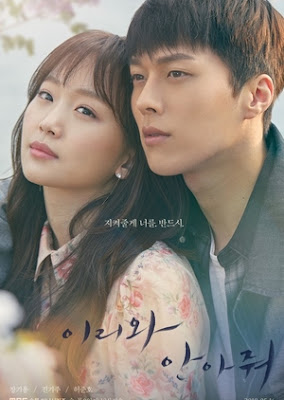 SYNOPSIS:
A man a a woman who were each other's first loves during childhood reunite years later as adults. In his childhood, Yoon Na-moo was a seemingly quite and mysterious boy whose father was a psychopath serial killer. He meets his polar opposite in Gil Nak-won, a daughter of a popular actress. Through Nak-won's Persistence, pure and loving nature towards Na-moo, Na-moo falls into a reciprocated love. But, when Na-moo's father Yoon Hee-jae, a man who has a twisted affection for his son, murders Nak-won's parents their short love comes to an end.

Years later, Gil Nak-won is now Han Jae-yi, as aspiring actress (like her mother before her) who always tries to have a good outlook on life, but also has a panic disorder from the traumatic past. And Yoon Na-moo is now Chae Do-jin, a rookie detective who whishes to atone for his father's sins. These two would-be lovers have held on to precious memories of when they were together but, connected by a tragic fate they must try to overcome the stigma and hardships they will face. 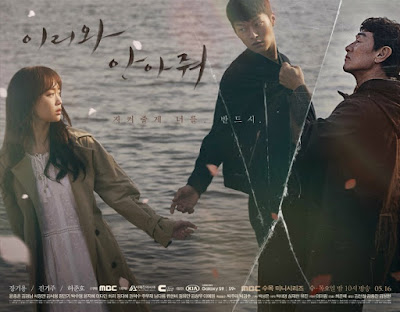 'The time before I met her, was no longer part of my memory.'

Betapa sadisnya bapa dia dalam cubaan mengajar anak menjadi seperti dia.
'Humans are animals who prey on others. This world is a huge cage where it keeps humans locked up. The weak don't last. Only the strong survive. In this cage-like world, that's the only way to survive.'

'Merciless strength is what makes you strong. Sympathy or affection only makes humans weak and pathetic. Those have no value in life. You must become strong like me.'

'If you can't get rid of it, I'll do it for you. Every useless thing that puts you in kind of danger. Nothing can exist for humans to be strong. So get rid of it. Get rid of all obstacles.'